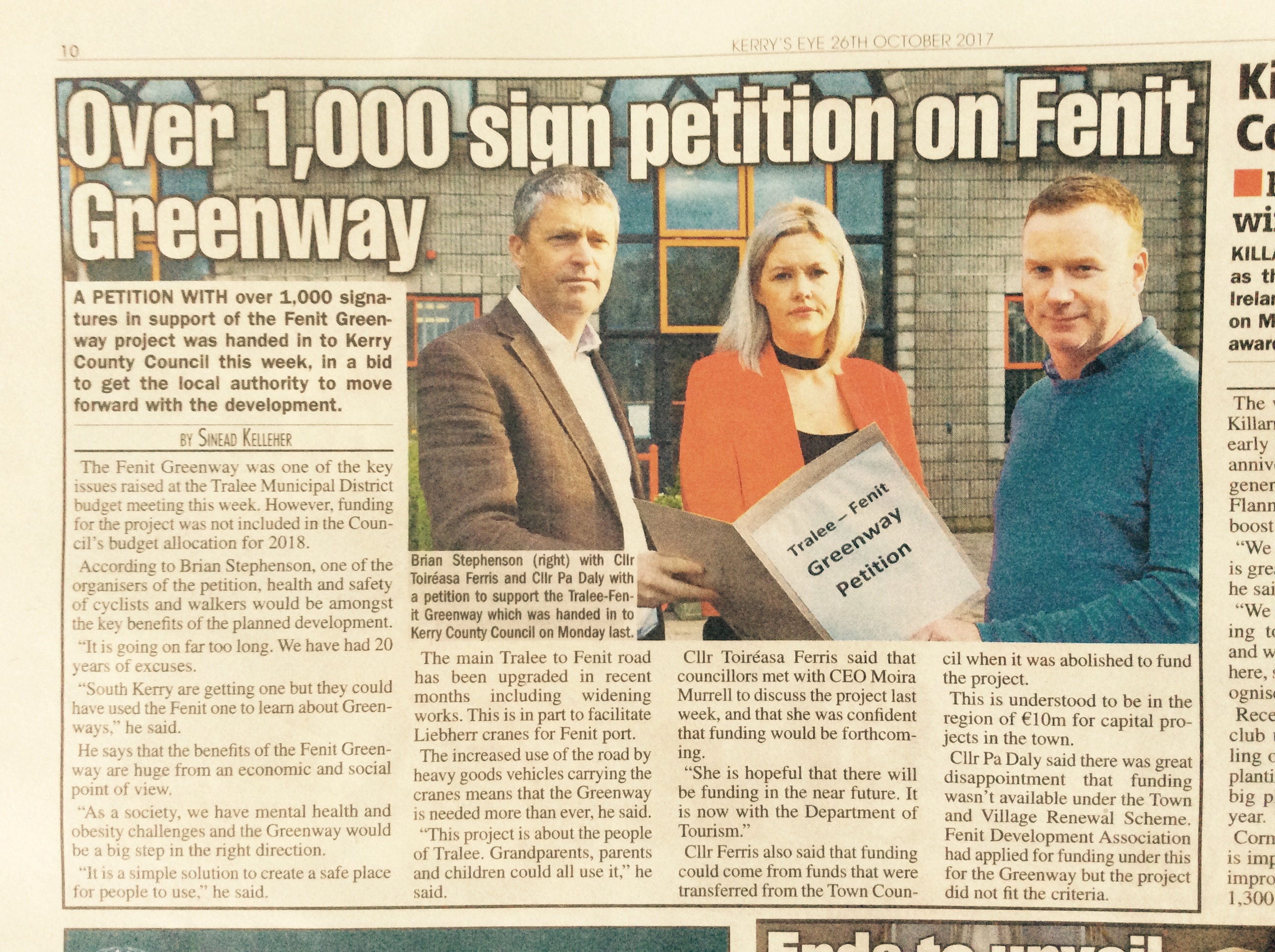 The submission coincided with the Tralee Muncipal District Budget meeting which yet again saw no funding provided for the project, while concerns were raised about the proposed Tralee Fenit Greenway not being included in the coming year’s budget only Cllr’s Ferris and Daly voted against the budget,  which passed after the other seven Tralee councillors: Foley, Locke, McEllistrim, O’Brien, McCarthy, Finucane and Spring  voted in favour.

The report goes on to quote Moira Murrell CEO of KCC saying “she is hopeful that there will be funding in the near future. It is now with the Department of Tourism”

How can Kerry Co Co keep saying this project is a priority and then continuously fail to allocate any funding ?