Below is a submission made by local archaeologist Laurence Dunne as part of the Part 8 consultancy process, in which he provides a great overview of the history of the area that the proposed greenway runs through. Laurence has kindly allowed this to be published on this site.

This small archaeological summary is being submitted as a positive contribution with regard to the wider appreciation, cultural context and sense of place as one would walk or cycle along the proposed Greenway. I feel I can speak with some semblance of authority here in that I am a professional licensed archaeologist for over twenty-two years based in Tralee. Furthermore, I have lived in the Tralee area since the early 1970’s and indeed built a house in Blackpool, Spa where I lived with my family until 1993. My own family background is from railway stock and we often used to walk into Tralee or to Fenit from Blackpool Station, until a poorly thought out scheme to open the railway track by ANCO (now FÁS) put paid to those enjoyable walks. Ultimately, I have an intrinsic connection with the area both personally, socially and professionally.
Recent examination of the National Monuments service online database list at least 120 monuments in a narrow study area straddling the proposed Tralee-Fenit Greenway (Figure 1). However, time and space constrain me from treating with all of the archaeology along the proposed amenity. My little summary commences in the later Iron Age in Tralee around 200BC, but largely focusses on the Early Medieval Period also known as the Early Christian Period, between c. AD400-AD1100 as there are such a wealth of sites from this period in the area. I have also included an extract from a previous study with regard to the 19 th century history of the Spa area as it reflects the mid-point of the proposed Tralee-Fenit Greenway.

There are many places along the proposed Greenway where possible stops-lay-bys could be made to point out the nearby Ringforts, Holy Well, and other archaeological sites. Furthermore, in a wider historic context there is a rich history associated with the area, some of which is particularly focussed along the defunct railway line associated with the attempt to land arms at Fenit by Casement and the Aud in Easter 1916 and secondly with the imminent centenary of an important part of an action of the Civil War that commenced with the landing of Free State troops at Fenit and the subsequent running battle all the way to Tralee along the railway line. A significant party of which occurred at Sammy’s Rock at Kilfenora where the IRA held the high ground for a while and where some lost their lives. These cultural lay-bys could be provided with all-weather information signs for users of the Greenway to further enhance their appreciation and give a greater sense of place and understanding of the rich, vibrant cultural heritage and history along the proposed Greenway.

Iron Age sites in the Tralee-Fenit area and indeed throughout Ireland in general, have proved somewhat elusive. However, by far the most impressive Iron Age monument is the 140m diameter Hillfort at Knockanacuig, The Kerries. In its heyday this Hillfort had a commanding position overlooking the entire Tralee Bay area. Research and excavations at the Hillfort by this author identified the site as a bivallate (double-banked) type and received radiocarbon dates of between 190BC to AD20 (Dunne 2006). Hillforts are extremely rare in south west Ireland and are regarded as the controlling centres of tribal groups-in this case most likely the Alltraige, who were the indigenous people of the Tralee-Fenit area. Their coastal territory included all of Tralee Bay from Mount Brandon east along the southern shore of the bay to Tralee and north, possibly as far as far Beal at the Mouth of the Shannon. This area became known as Hy Fearba or Uí Fearba.Sometime around the 5th or 6th century AD the Alltraighe were usurped by the arrival of the Ciarraighe and became a subordinate sept to them. The 5th-6th century St. Brendan, patron saint of Kerry, was the son of Finnlug of the Altraighe Cuille and his mother was Cara of the Chorca Dhuibhne from West Kerry. The addition of the word cuille may indicate that during the 5th century the Alltraighe had been displaced from their power centre at Knockanacuig to the Fenit Barrow area.

By the 7th century AD the Uí Fearba were the ruling family of the regional kingdom of Ciarraighe Luachra. The cantred (territory) of the Uí Fearba existed in three separate parts around Tralee Bay, most likely reflecting the original territory of the Alltraighe.

In the Early Medieval Period people lived in dispersed earthen enclosures known as Ringforts. Tralee town, or any other town would not be founded for another two hundred years or so. There are a phenomenal thirty-seven Ringforts in a narrow study area straddling the defunct Tralee-Fenit branch railway-now the route of the proposed Tralee-Fenit Greenway (Figure 1). There are clusters of ringforts in several townlands, particularly Ballymakegoge, Knockanush East, Ballygarran and Tawlaght. Additionally, there are a further thirty-four Enclosures, the majority of which were also probably Ringforts. Many of these Ringforts contain underground passages and chambers known as Souterrains of which thirteen are recorded along the proposed Greenway. Ringforts are generally known also by their Irish names Caher, Rath and Lios, Dún. Although, they have the element fort in their name they do not have a military context and are essentially
small rural farmsteads that achieved their floruit of construction over a 300-year period from the beginning of the 7 th until the end of the 9 th centuries AD.

In an Early Christian ecclesiastic context, the most important site in the Tralee – Fenit area is the early church site at in Ratass cemetery in Tralee town. In Irish, the word Ratass-An Ráth Theas translates as the southern fort. Archaeologically, Ratass is an ecclesiastical complex that may possibly date as early as the 5 th century AD based on the inscription on the Ogham stone in the church. At the Synod of Rathbreasil in 1111AD Ratass was chosen as the centre of the diocese of Kerry. This prominence lasted for only six years as it was superseded in 1117AD by Ardfert which remained as the episcopal see throughout the middle-ages. There are two other medieval church sites along the proposed Greenway at Clogherbrien and Kilfenora, quite apart from the church site on Fenit Island.

The Tralee – Fenit area is closely associated with Saint Brendan the Navigator who was born around 484 AD. The exact location of his birth is unclear but Fiannann (Fenit) is a distinct possibility. The saint is traditionally regarded as the founder of Ardfert, but there is no contemporary evidence to support this with St. Erc, Brendan’s tutor, a more likely candidate. Other early churches are found at Kilfenora and Barrow and on Fenit Island there are traces of a chapel and church. The name of the townland of Tawlaght refers to a plague pit tamhlacht, and may date to the possible presence of an Early Medieval foundation there. Other important but later parish Churches are at Cloghbrien and Churchill-Ballynahaglish.

The area encompassing Ballygarran is more commonly called the Spa and was much visited in the late 18th and 19th centuries for medicinal purposes. In that context many of the gentry established estates and houses there. The main spa-well and bath-house structure was located, more or less at the centre of the monument (KE028-087) in question and is denoted as such on the 1st Edition Ordnance Survey Map, Sheet28. Charles Smith documents the spa well in 1756 when he stated that by the early 1750’s, the site had been known for some 50 years and was…’in high repute, by reason of several notable cures affected by it’. Visitors to the well drank the ‘rather pleasant’ water, which was famed for being ‘diuretic’ and as a ‘purgative’; it ‘raises the spirits to a great degree, and gives a voracious appetite and good digestion’. Amongst other ailments, the water apparently cured individuals of rheumatism, liver problems and scurvy. In another reference to the Spa in his History of Kerry, Smith remarks that the ‘Chalybeat Spaw … hath drawn several families of fashion hither, and caused considerable sums of money to be expended’. In the 19th century, the Spa area witnessed the construction of several Victorian houses by wealthy families such as Frogmore House built by Rev. Barry Denny around 1822. To the west is Kent Lodge that was built onto an earlier building called O’Connell’s Cottage. According to the author Valerie Bary, Rickard or Rickie O’Connell was possibly related to the ‘Liberator’ Daniel O’Connell through his wife Mary. The house was then purchased by Major William Collis, son of Edward Collis of Ballygarran House, Churchill, who had lost his arm in battle while defending the Duke of Kent, son of George III during a mutiny in Malta. On retiring from the army with a large pension he built a new house and named it after the duke. Major Collis was murdered at Kent Lodge in 1821 by a gang who heard that he kept a large amount of money in a desk. Apparently, he aggressively resisted the attack and also recognised his assailants as he called out their names. Two of his attackers later turned King’s evidence and together with evidence from Mrs Collis three others were hanged while another escaped and enlisted abroad. Lassinagh House, situated a little to the north-west of the PDS was constructed sometime around 1800 although its exact date is not known. However, it was restored in 1851 by Major General John Day Stokes and remained in the Stokes family throughout the last century.

General Stokes was Private Secretary to Lord Metcalfe at Mysore, India, where apparently his portrait still hangs in the British Residence. When on leave during the famine he worked earnestly on behalf relief organisations and it was said of him that he had ‘an ever open purse’. The house has now been abandoned and the extent of the former estate can be traced by the survival of mature trees. The Spa was recorded by Samuel Lewis in 1837 and is reproduced here verbatim: ‘This place, which is generally called the “Spa of Tralee,” is finely situated on the northern shore of Tralee bay; and its excellent bathing strand and mineral spa, the latter of which, is a strong chalybeate, together with the salubrity of its situation, and the fine views it affords of the Tralee and Dingle mountains, attract numerous visitors during the season, for whose accommodation several neat and commodious lodges have been erected. On the strand, which at low water is nearly three miles in length, races are generally held in the course of the season; and a regatta in the bay has been lately established. Near the centre of the bay are the small rocky islets called the Samphire, to the larger of which aquatic excursions are often made; and the drive along the strand, from the Spa to the town of Tralee, affords a delightful succession of marine and mountain scenery. Off the shore, to the west of the Spa, is an excellent oyster bed, which, is allowed to be dredged gratuitously by poor persons, who furnish, an abundant supply during the season at the rate of 3d. per 100’ (Lewis, 1837, 572). 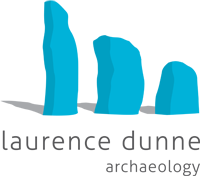