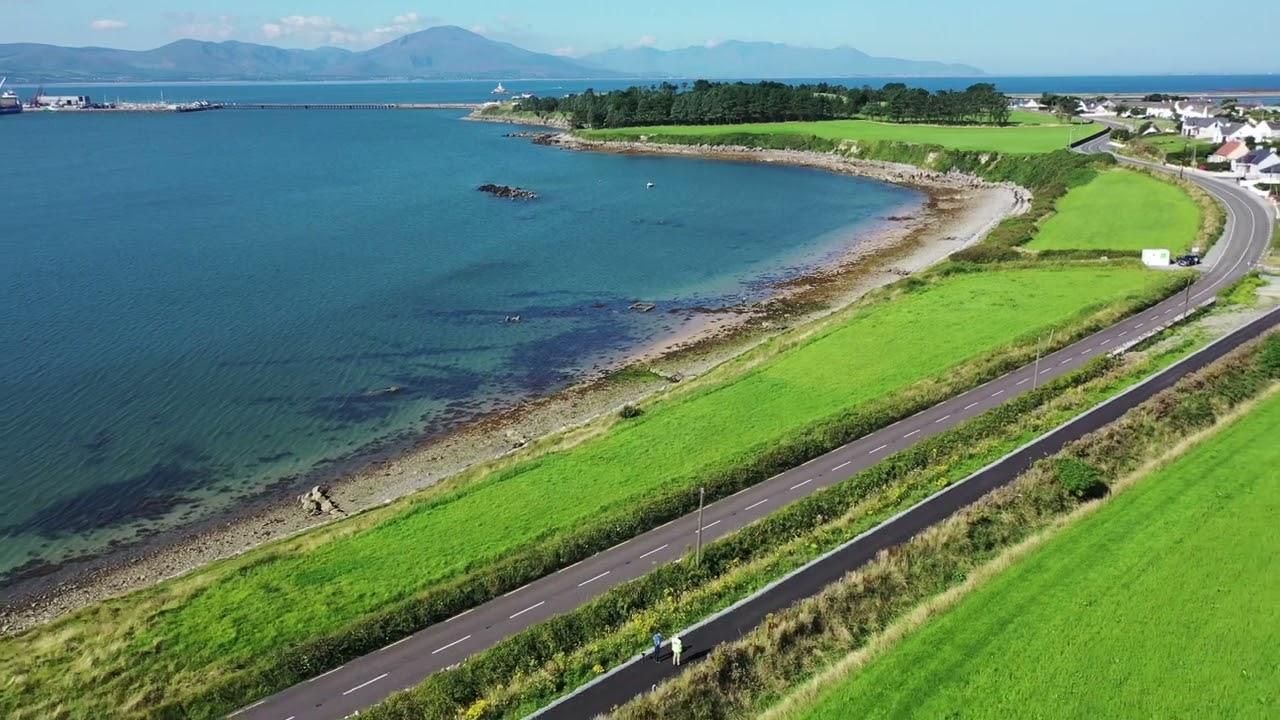 Kerry County Council have just shared a short video of sections of the greenway route. It looks like the footage was captured last year so there has been significant progress since.

It was great to catch up with “The Greenway Man” Garvan Cummins yesterday while he was visiting Kerry and take the opportunity to show him the progress of the Tralee-Fenit Greenway.

Garvan was a co-founder the voluntary community campaign group, the Déise Greenway who campaigned for the transformation of the old Dungarvan to Waterford Railway Line into a Greenway. The campaign was responsible for highlighting the huge potential which the Greenway would have and helped make the project a reality, in turn driving the greenway revolution in Ireland.

The Déise Greenway group was founded around the same time as this campaign, and it was interesting to discover that we had a lot of the same experiences and encountered similar challenges over the years.

Even thought the Déise Greenway campaign has been a success and the Waterford Greenway is now open, Garvan still lives and breathes the greenway, running a bike rental business from his base in Durrow Co. Waterford. In addition to offering bikes, Garvan also offers history tours taking advantage of his long involvement in greenway campaigning to provide visitors with information and insights that can not be matched by others.

If you are visiting the Waterford Greenway be sure to give him a shout, for more information visit: thegreenwayman.com