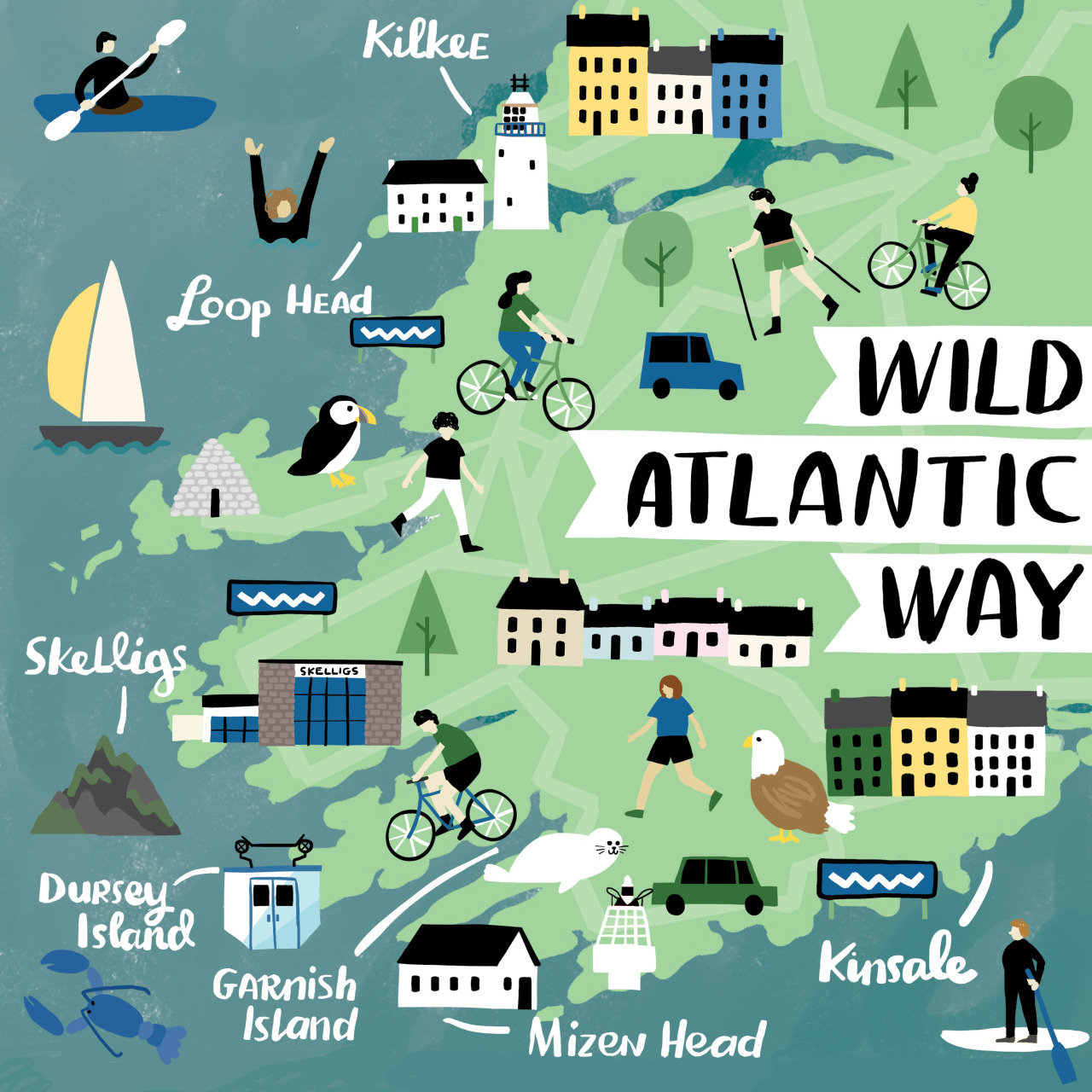 One of Ireland’s leading illustrators Fuchsia MacAree has created this wonderful map of the Wild Atlantic Way for Cara, the Aer Lingus in flight magazine.

Of course Fuchsia chose to place a bicycle where the planned Tralee to Fenit Greenway and the Great Southern Trail will be located !

You can check out more of Fuchsia’s work on her website.

Kerry County Council have unanimously voted to approve the Part VIII planning application for the second phase of the Tralee to Fenit Greenway at their monthly meeting this morning.

This decision means that work can now proceed on extending the current path from Rock street to the rail and bus station at Edward Street.

I was just passing the playground in Fenit and noticed a lot of bikes, this is what happens when we get in a sunny April day ! Of course the playground is located on the platform of the former Fenit railway station and is ideally positioned at the end of the planned Greenway. Maybe this time next year the children of the area will be able to walk or cycle in safety along the old railway to the playground rather than the dangerous road through the village which even in 2013 doesn’t have a continuous footpath !

Take a look at this video of the Newport-Mulranny section of the Great Western Greenway, we have the opportunity [and more importantly the funding] to have something similar on our door step !

This route has been hailed as major success by all, Fáilte Ireland estimate that the path would bring €7.2 million [ yes that is not a typo – read the report ] a year into the local economy .

To put the routes in context the Newport to Mulranny is only 3km longer than the Tralee to Fenit line.

This could be our [green]way out of recession !